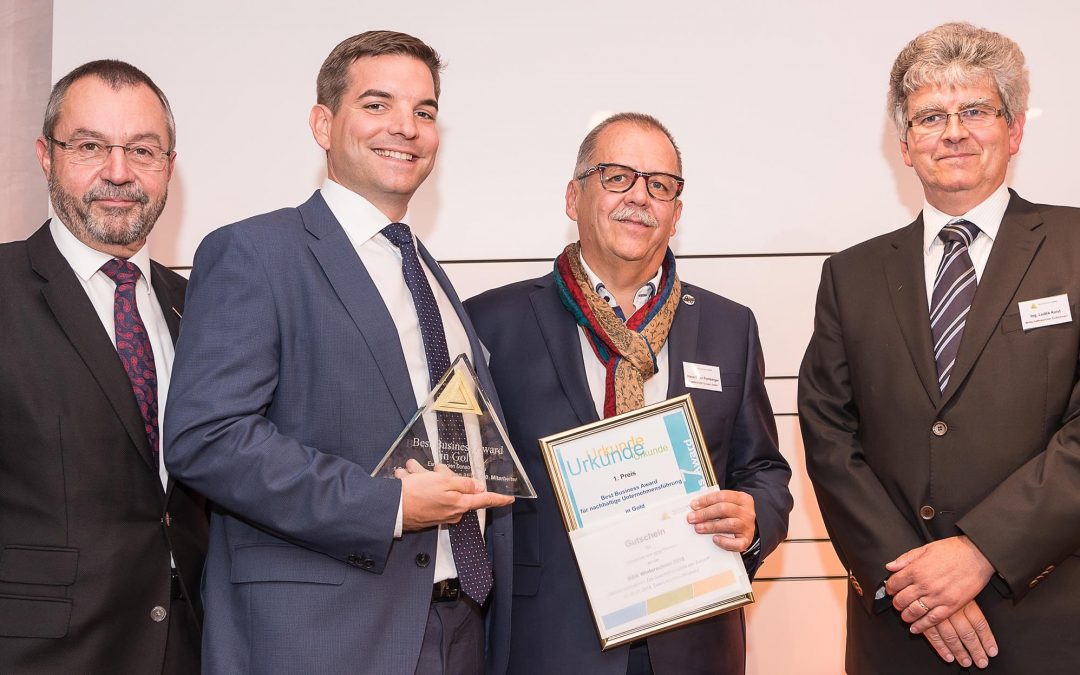 In October 2017 the Best Business Award, for the 18th time, honored companies with modern, sustainable management in the entire Danube-Vltava region. Numerous companies were examnied in a total of three categories depending on their size.

Criteria such as economic success, uniqueness, the status of employees, innovativeness, communication, sustainability and social responsibility were evaluated. First, a comprehensive questionnaire was completed by each company, after that a first evaluation round was held that was followed by an on-site audit with two jury members, that took serval hours.

Thanks to noticeable progress and improvements compared to the previous year, POMBERGER Goisern was awarded first place in the second category.

More information about the award can be found at: www.bbaforum.net.

By continuing to browse the site you are agreeing to our use of cookies.